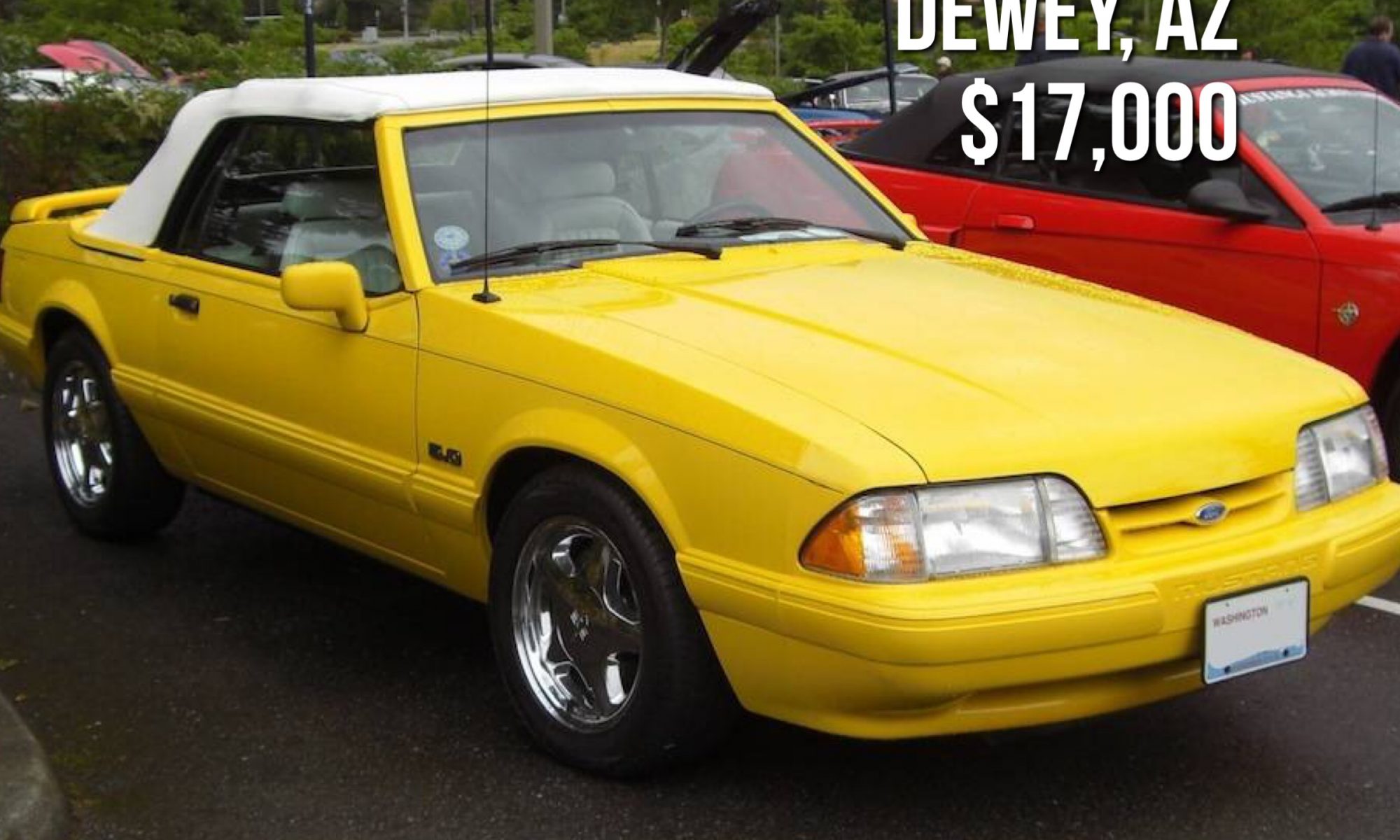 This summer edition mustang has been parked in a barn since 2002. Before that it was a weekend cruiser. It is only driven once or twice a month now. This is the Yellow car with white top and interior. Everything on this car is original except the stereo (original included in sale) and the radiator (original included in sale). Although there were 1500 yellow summer editions produced only 113 had the 5 speed transmission. The car was purchased for my wife in Hawaii from a Ford dealer who took it in trade from the original owner. All the summer edition cars were fully optioned. It has always been run with synthetic oil and premium fuel. The low mileage is original.
Last year 2 of these summer edition cars with 8000 miles on the clock went through Barrett Jackson and each brought close to $40000. We are in the process of moving and will no longer have room to store the Mustang. The photo is just for those of you that don’t know what a yellow summer edition Fox body mustang looks like. Serious buyers will actually take the time to come and see it.
If you don’t know what these cars look like google 93 yellow summer edition Mustang. Buy it to enjoy or as an investment. The price of nice fox bodies is going up rapidly.