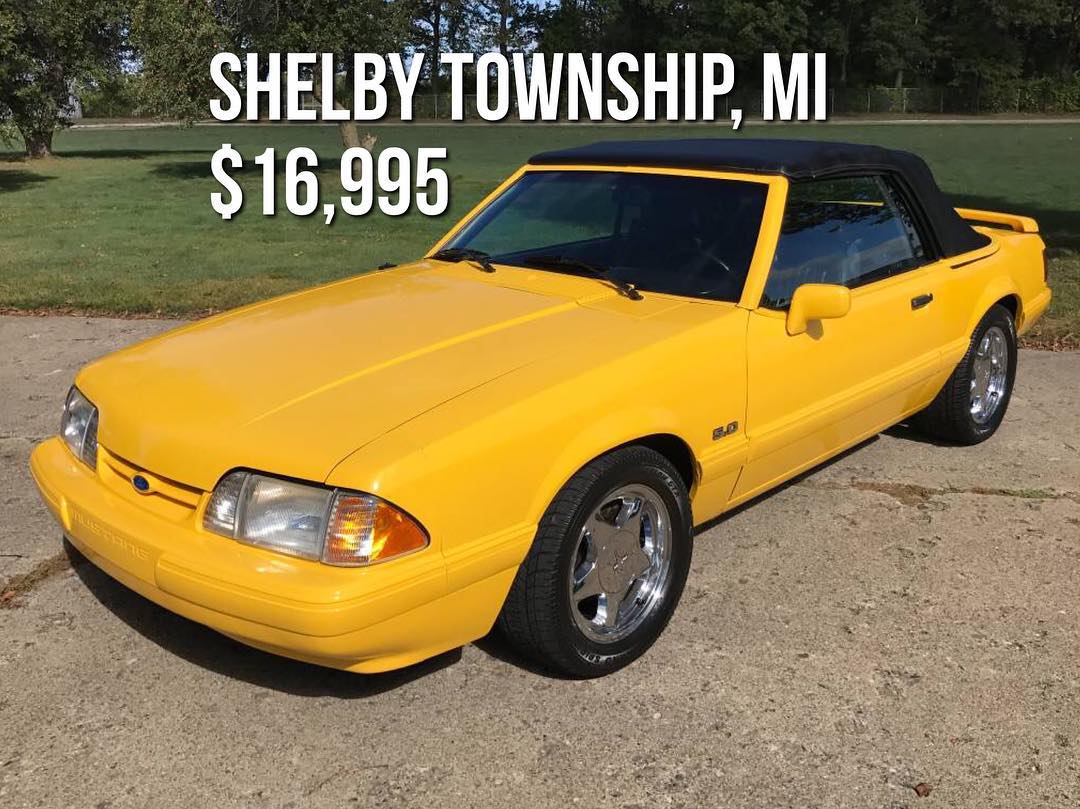 The Feature Car Mustangs were not just a simple little option. They have many features that are specific to the option. Monochromatic Yellow Paint theme on A pillars, windshield header, hood grill, top door moldings, trim around quarter windows, and the trim around convertible top. The Chrome 16 Inch Pony Wheels are only available on the Feature Cars. The rear deck lid has a Feature Car specific Spoiler and no luggage rack. The interior has leather seats with embroidered headrest, only found on Feature Cars as well.