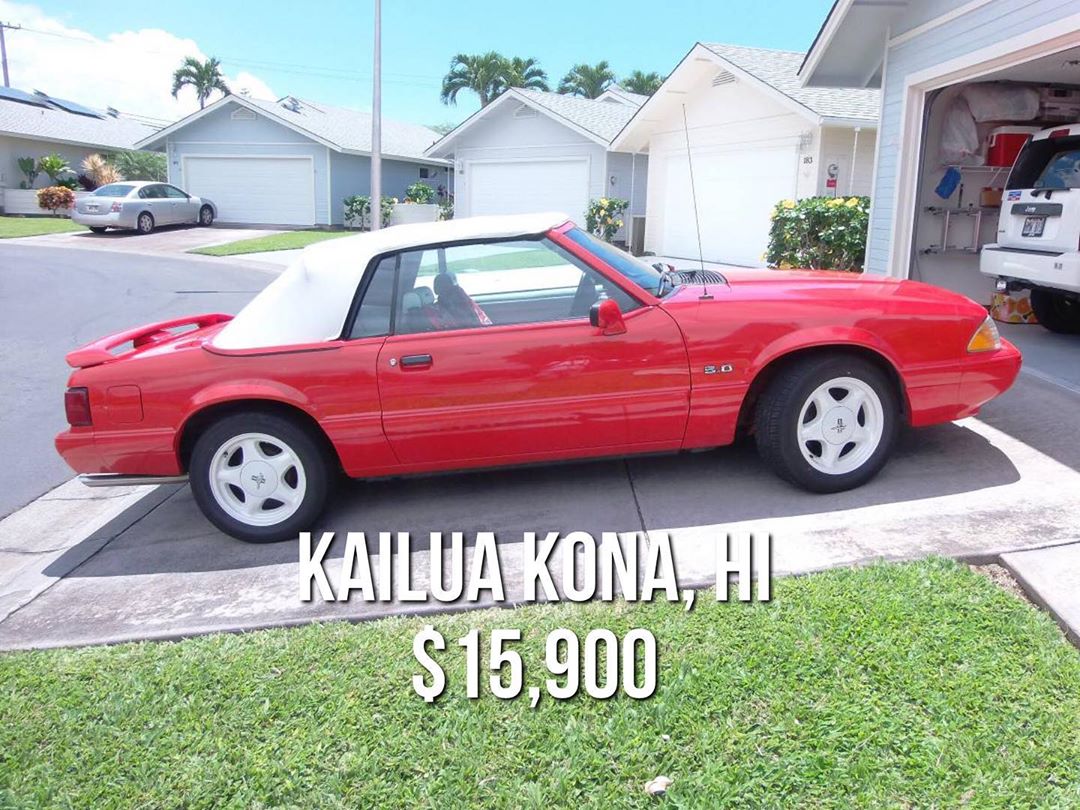 I couldn’t resist posting this one as it’s in Hawaii. I hadn’t been aware that any feature cars were there. This one, which is originally from Arizona, looks pretty solid. The drivers seat has a bit of wear. OE exhaust. OE stereo. Original top. The headrests have an unfortunate change with the Mustang name added to them and using the incorrect font for 1992. It’s worth a look.